I met Justin in 2010.  He was in a punk band and we had some mutual friends in the punk scene.  I joined that punk band.  I would pick him up in Fullerton and head to practice.  We would talk about everything from music, relationships, philosophy, and religion.  Those long drives were one of favorite part about being in that band.  Like all punk bands, Nevermeant is no more.  Justin is still here though. 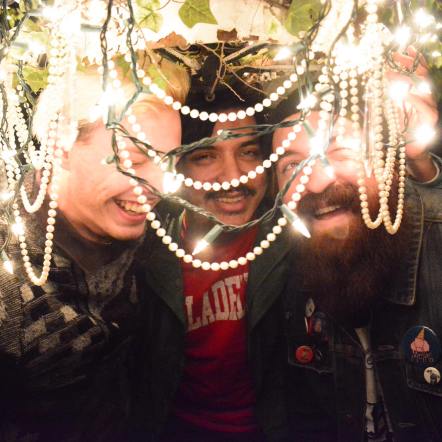 Melted dropped “Ziptripper” earlier this year and has been one of my favorite EPs of the year.  Melted is doing something REALLY INTERESTING.  They have successfully blended the sounds of early 80’s hardcore (Black Flag, Dead Kennedys mainly) and the garage rock craze that has overtaken Southern California.  For me this is what makes Ziptripper stand out among the crowd.  This EP makes me want to grab my skateboard and skate until the sun goes down. I could see Melted being everyone’s favorite band.  They are quickly becoming one of mine. 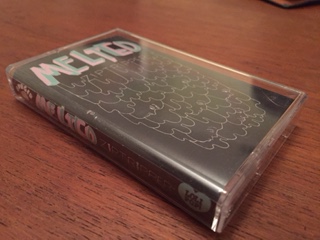 Still Waiting – The intro of this song just rips so hard.  It is so raw and I half expect Keith Morris to start singing.  This song makes my blood boil a little especially around the build up at around 1:10.  Fuck it’s really energetic and I love it.

Old Lady Avenue – The riff on this track feels like a modern Dead Kennedys song.  The lyrics on this song are fun.  The metaphor of the stray dog take a nice dark turn when Justin says he is looking for the right prey.

Sleep – I wanna slamdance to this song everytime I hear it.  They should always open live sets with this song IMO.  It is just so raw and sets the tone of who they are as a band.

Pepper and Milk – If this record was gonna have a single.  This would be it.  It is so catchy while still pretty energetic.  It has really great imagery in the lyrics.  This is their best song.  I love it.  Here they play it live.

I could go on and on about this band, but you should just go buy their tape from Burger or Lollipop.  I bought some records at Lollipop yesterday and they still had a few.   See them live and see them often.  Everyone at the punk house loves this band and would tell you the same thing.  They are also recording a full length which will probably be the best record.